The Cube Autopilot and Intel Edison

By now you’ve probably heard the news about Intel discontinuing the Edison (and Joule) modules by the end of the year. What I’m interested in is the impact this will have on The Cube Autopilot (aka Pixhawk2.1). 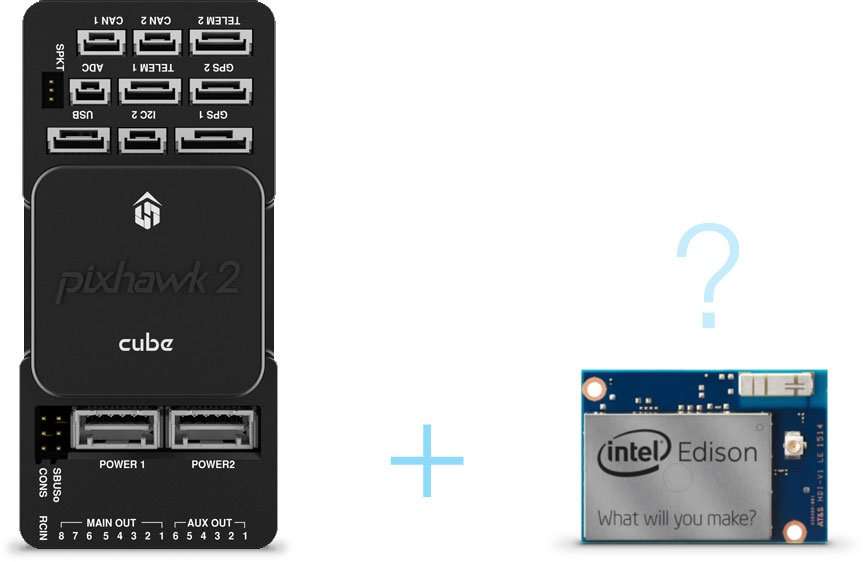 Considering the autopilot has an Edison version (which allows direct connection of an Edison module), your initial reaction may be to think Intel’s decision will have a major (unfavorable) effect on the Cube Autopilot, but it won’t, and here’s why;

Firstly, the announcement comes over six months before the planned discontinuation date of the Edison. This means there’s still plenty of time to get your hands on a module from the many different online retailers. If you’re in Australia, Core Electronics or RS Components are probably the best bet, otherwise there are plenty of overseas retailers as well.

Secondly, the design goal behind The Cube Autopilot has always been to remain as advanced, modular and adaptive as possible. Modularity is the key to dealing with issues such as the Edison discontinuation. This is demonstrated through the design of the “Cube” and “Carrier” board combination. The “Cube” is the actual autopilot. It’s the brain of the system. The “Carrier” is just a glorified breakout board. Think of it as the skeleton of the system (to which everything else connects). The Edison module connects directly to the “Carrier” (as does the “Cube”), so it’s easy to see that a new “Carrier” board design could facilitate the use of a different companion computer without forcing you to purchase a new “Cube”.

In the wake of this news from Intel, we spoke with Philip Rowse (designer of The Cube Autopilot) who told us there’s already plans for two new carrier boards targeting different markets. An Nvidia (Jetson) TX2 Carrier board – for high-end processing intensive applications (think on-board video processing), and a mini carrier board – for space sensitive applications (FPV racers anyone?). He also said “the main thing is that the cube doesn’t need the Edison to fly, and that any [companion] computer can be used.”

The “Carrier” board concept also allows anyone to design their own “Carrier” to do whatever or, connect to whatever, they’d like. This revolution has already started. Along with the two new versions Philip is working on, SpektreWorks announced their own Mutirotor Carrier Board, and here at Bask Aerospace we’re designing our new systems to also leverage this concept for a better overall integration of the flight electronics.

Lastly, what about the current ArduPilot software development for Edison? Well, the small but amazing team of core ArduPilot software developers don’t “lock” themselves to any one particular piece of hardware. In fact, they pride themselves on ArduPilot being able to run on as many different types of hardware as they can make possible. The nice thing here is that most of what’s been coded for Edison will get ported across to other different types of companion computers and, if you’ve just purchased your Edison based Cube Autopilot, the ArduPilot Dev Team is known for supporting legacy hardware for as long as possible, so I doubt they’ll drop Edison anytime soon.

Overall, Edison is still a powerful option for those looking to easily add a companion computer to their system. It will be available until at least the end of this year and will likely be supported for a few years to come.